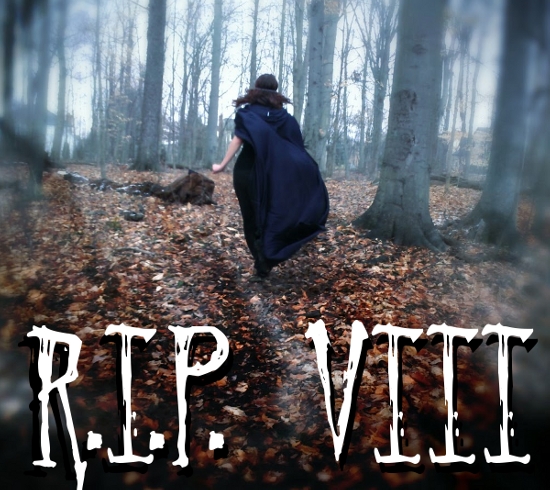 “Stories can make us look back over our shoulders and question every creak and groan on a dark, quiet night. Stories can cause our hearts to race with ever-increasing tension as we forgo sleep to rush towards a surprising conclusion. Stories can make us suspicious of every character as we challenge the protagonist to be the first to solve the crime. Stories can make us sleep with the lights on, make us pull the covers just a little bit tighter, and can make every shadow seem more menacing than they ever have before….

…. there is something delicious about the ability of the printed word to give us a fright. At no time of the year is this more of a delight than when Summer heat turns to Autumn chill as the days become ever darker.”

The annual invitation from Stainless Steel Droppings to read ….

…. is not to be resisted, and I have a wonderful pool of books on hand ….

The Skull and the Nightingale by Michael Irwin

“When Richard Fenwick returns to London, his wealthy godfather, James Gilbert, has an unexpected proposition. Gilbert has led a sedate life in Worcestershire, but feels the urge to experience, even vicariously, the extremes of human feeling: love, passion, and something much more sinister …”

“Nothing ever happened to Camilla Haven — until a stranger approached her in a crowded Athens café, handed her the keys to a black car parked by the curb, and whispered, “A matter of life and death.”….”

“A female killer stalks the streets of London, sleeping with young men before slashing their throats and mutilating their bodies. The crimes have baffled the police and enraged Londoners, who demand the murderer’s arrest. Mary, Duchess of Dove, a gentle young widow who is beloved by all who know her, seems an unlikely suspect, but the clues all point to her ….”

“Set against Iceland’s stark landscape, Hannah Kent brings to vivid life the story of Agnes, who, charged with the brutal murder of her former master, is sent to an isolated farm to await execution ….”

The Unforgiving by Charlotte Cory

“The distinguished architect Edward Glass has been recently widowed – with great inconvenience to himself. He impulsively marries Mrs Elizabeth Cathcart, a young widow he knows almost nothing about ….”

The Bones of Paris by Laurie R King

“The missing person in question is Philippa Crosby, a twenty-two year old from Boston who has been living in Paris, modelling and acting. Her family became alarmed when she stopped all communications, and Stuyvesant agreed to track her down. He wholly expects to find her in the arms of some up-and-coming artist, perhaps experimenting with the decadent lifestyle …”

He Arrived at Dusk by Ruby Ferguson

“From the moment William Mertoun arrives to catalogue the library at Colonel Barr’s old mansion on the desolate Northumbrian moors, he senses something is terribly wrong. Barr’s brother Ian has just died, mysteriously and violently, and the Colonel himself is hidden away in a locked room, to which his sinister nurse denies all access ….”

The Family Thief by Annabel Markova

“As Iolanthe and Carol grow up, Iolanthe begins to wonder how well she ever knew her foster sister, and soon her loyalties are tested to destruction in order to save her parents’ marriage, and the family itself ….”

The Prestige by Christopher Priest

“In 1878, two young stage magicians clash in the dark during the course of a fraudulent séance. From this moment on, their lives become webs of deceit and revelation as they vie to outwit and expose one another ….”

Shadow of Night by Deborah Harkness

” Diana Bishop, descended from a line of powerful witches, and long-lived vampire Matthew Clairmont have broken the laws dividing creatures. When Diana discovered a significant alchemical manuscript in the Bodleian Library, she sparked a struggle in which they became bound. Now the fragile coexistence of witches, daemons, vampires and humans is dangerously threatened ….”

And I’ve pulled out my Virago ghost story anthologies too …

Now tell me, do you have seasonal reading plans?