May 18, 2014 By Fleur in her World in 100 Years of Books, Book Reports, Fictional, it came from the past and pulled me back there, it has intrigue, mystery and suspense Tags: Charles Reade 8 Comments

I knew when I began my 100 Years of Books project – 100 years, 100 authors, 100 books – that I would have to seek out more Victorian authors that the ones I already love and the ones that I have always meant to read. And so I began to peruse books  lists.

When I saw Charles Reade’s name I couldn’t place him at all but I spotted a book with a title that could have been an author name, and those books always intrigue me; I’m always interested to know characters deserving of such an honour. As I read more I became interested in both book and author. Charles Reade was once a very popular author; and, though his historical novel ‘The Cloister and the Hearth’ was his most acclaimed work, ‘Griffith Gaunt’ was his personal favourite. You might call it a sensation novel, and it is a sensation novel, but its much more than that. This is a book that grows from a melodrama, into a psychological novel, into a courtroom drama …. 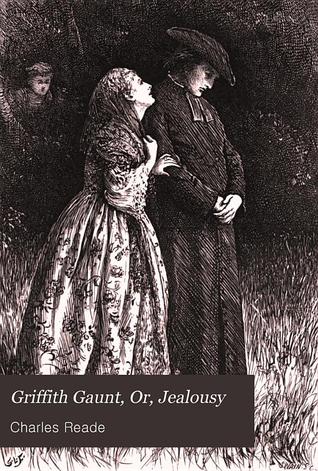 It proved to be one of my favourite kinds of book – the kind where the people, the places, the situations, everything becomes so real that I want to offer advice, explain things …. but of course I can’t, and I have to watch helplessly from the sidelines.

The story grows, completely and naturally, from the characters and their situations. They are wonderful characters, with such depth that they live and breathe.

There are strong women, who are so very memorable:

The man whose story links them – Griffith Gaunt – is fascinating. Not a bad man, but a man whose life is undermined, maybe destroyed by jealousy. It’s a wonderful psychological study, and I couldn’t help but care about him as his life and his mind unravelled, even though he was doing so much harm and hurting so many people.

It was terrible to see a basically decent man  driven to madness, by his own weakness, by his circumstances, and by the manipulation of a woman.

The narrative carries the story forward beautifully: the author is clearly captivated by the story he has to tell, and he shifts perspective, he allows characters to voice their thoughts and he speaks himself, always in the service of the tale that must be told. His prose is lovely, and I have to place him among the most readable of Victorian novelists.

It’s a difficult to speak of the plot without giving far too much away. But I can say that it is engrossing.  Caroline’s malice, Mercy’s compassion, and most of all Kate’s faith, were tangible. I cared, and I was fearful of what might happen.

Many of the staples of the sensation novel are present, working with the story and the characters quite naturally. They are there for that, not simply for the sake of sensation.

The courtroom drama is the climax of the story, and it is completely absorbing. I really couldn’t predict how it would play out. The subservient secondary position of women, in society and before the law is brought into sharp focus. There are twists and turns, there are revelations, and there is wonderful, emotional drama.

I have read more sensational sensation novels, but never one so firmly rooted in real human character and emotion.

And I think that Charles Reade was right to be Proud of Griffith Gaunt:  a forgotten novel that really should be remembered.