March 22, 2014 By Fleur in her World in Book Reports, Fictional, it speaks of the here and now Tags: Deborah Kay Davies 3 Comments

Three years ago, after I read Deborah Kay Davies’ first novel I wrote that I was a little disorientated. That I was moved, puzzled, disturbed, asking questions, and not quite able to let go.

I could write exactly the same words about this, her second novel.

First time around she wrote of a grown woman, and this time she wrote about a girl at a very particular point in life, the point of transition from childhood to adolescence. 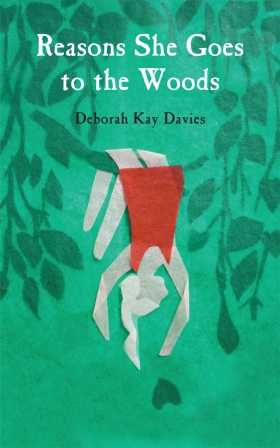 This is Pearl’s story.

It is told in 121 episodes, and every one of them is exactly one page long. Between each episode is a page that is blank, save a title for the next episode. Those breaks are important – a time to think and draw breath – because Pearl’s narrative is so intense.

She is acutely aware of being alive in the world, for Pearl everything is visceral.

And Pearl is disturbed. Whether she was made that way or whether her circumstances made her is an unanswered question.

The picture emerges slowly: her mother has serious mental health issues; her father isn’t dealing with the situation and is close to despair; and her brother is far too young to understand.

Is that Pearl’s fault? Her mother thinks it is.

Pearl can be lovely and she can be horrid. Does she see the world differently? Does she understand what she is doing?

I changed my mind so many times as I read.

The story was disturbing, but it was proufound, and it really was an extraordinary piece of writing.