Oh, this is lovely!

A good, old fashioned romance, nicely plotted and smartly executed. It was published in the thirties and as I would love to think that my grandmother, then the young mother of three children, read this book. She loved a good romance, and she would have so enjoyed meeting Miss Charlotte Dean and learning her story. 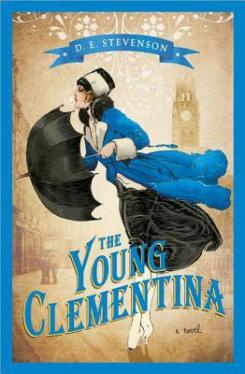 She wrote the story of her life.

Charlotte was a vicar’s daughter, and she had grown up in a lovely country parish. She had an idyllic childhood, and it was illuminated by her friendship with Garth, the son and heir of the manor. It was a friendship that grew into love. But then the Great War came: Garth went and Charlotte stayed. He survived, but when he came home something quite inexplicable happened. Garth married someone else. Charlotte’s younger sister,  Kitty.

Charlotte was bewildered she was heartbroken, and so was I. she had pulled me right into her story, and my heart rose and fell with hers, I saw the world as she did.

When her beloved parents died Charlotte decided that she had to move away, that she couldn’t bear to watch her sister living the life that she had thought would be hers, with the man she still loved. And once she had left she stayed away, because she knew that the pain of going back would be too great. She visited just once, because she knew that she couldn’t refuse the invitation to be the godmother of her niece, Clementina.

It was the collapse of Kitty and Garth’s marriage that inspired Charlotte to begin to write to her imaginary friend. Kitty pulled her in, but she didn’t tell her everything. I’d love to explain exactly what happened, but I mustn’t because you need to experience it first hand, as I did alongside Charlotte.

When the dust had settled, and when she finished telling her story to her imaginary friend, Charlotte accepted that she that she had to go home, that she had to help raise Clementina.

It wasn’t easy. She had to manage the house and the staff. She had to build a relationship with a reserved, troubled child. And she had to deal with neighbours shocked at what had happened at the manor. No it wasn’t easy but Charlotte had a good heart, a wise head, and she had been raised by good people with Christian values. It wasn’t plain sailing, not by any means, but I think it’s fair to say that Charlotte succeeded.

Then she had to become the keeper of the flame, and it seemed her future was settled. She had found her place in the world, and her role in life.

But there was a final twist in the tail – the ending was absolutely perfect!

I was so sorry to have to say goodbye to Charlotte and her world, after being caught up in her life and her world from start to finish. That points to very clever writing and plotting. Charlotte’s world, the people in it, all of the things she lived through were painted richly and beautifully. Her story lived and breathed.

There were a few little niggles, but nothing really jarred. Except the imaginary friend – she was given rather too much substance and it really didn’t work; I do wish she had remained completely imaginary.

But this isn’t a book I can analyse and pick apart, because I responded to it with my heart and not my head. It came along just when I needed it, and it was a very fine romance …

I’m so glad that The Young Clementina is coming back into print, and I hope that more of D E Stevenson’s books are following along behind.