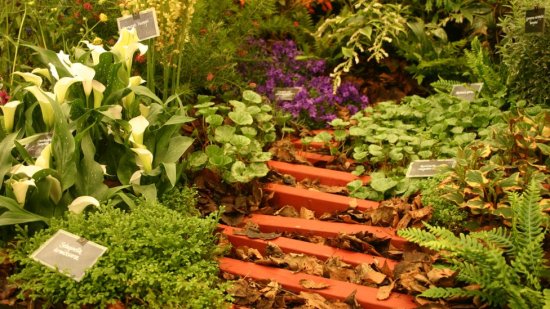 In honour of the Chelsea Flower Show, where this lovely Cornish garden from Burncoose Nurseries won a prize, Cornflower has sent a meme, with a gardening theme, out into the world.

Early this morning as I was In The Mountains, I stepped out of The House on Paradise Street into the garden and bent down to touch A Wreath of Roses.

As dawn broke and I took in my surroundings I noticed several things: The Fever Tree was struggling due to The Tigress on the Hearth, Little Bones had been dug up in The Rose Garden under the The Play Room , but with help from Harriet and knowledge gleaned from When Nights Were Cold, I was able to bury them with A Card from Angela Carter.

Later, The Roundabout Man popped in to take a cutting or two; You do not need another self-help book, he told me, but he pointed out that She’s Never Coming Back .

Taking a well-earned rest from the weeding and chatting over the wall with The Dovekeepers from next door, I mentioned The Woman in Black and remarked on The Little Shadows , but then As It Was, we said The Beginner’s Goodbye and I went back to do a little light pruning.

My garden was once Kind of Cruel, but tending it is a joy and part of Reality and Dreams.