December 6, 2011 By Fleur in her World in Challenges 4 Comments

A few reading challenges to wind up … 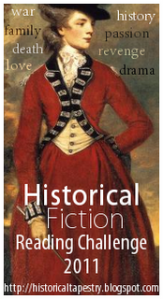 I had fallen out of the habit of reading historical fiction, and I signed up for this challenge  at Historical Tapestry because I missed it, and because I really wanted to lose myself in stories from another age again.

Here are the eight books I read: 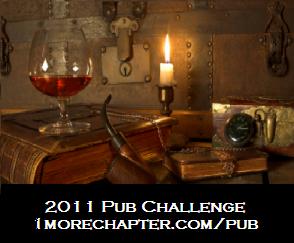 I have always loved this challenge, and I knew that I can easily meet the target of reading eleven books first published in 2011.

I’ve read more than eleven, but here’s a list of eleven I can happily recommend:

Scissors, Paper, Stone by Elizabeth Day
Invisible River by Helena McEwan
The Report by Jessica Francis Kane
The Novel in the Viola by Natasha Solomons
The Sonambulist by Essie Fox
When God was a Rabbit by Sarah Winman
The Strange Fate of Kitty Easton by Elizabeth Speller
Blow on a Dead Man’s Embers by Mari Strachan
The Song of Achilles by Madeline Miller
The Translation of the Bones by Francesca Kay
The Picture Book by Jo Baker

Thank you Michelle for hosting this one for another year.

I have Michelle to thank for this one too.

Now I don’t necessarily think of myself as a reader of award-winning books, but there are many intriguing titles that I have picked up from award lists, and I have spotted many interesting books because they have the name of an award – often one that I haven’t heard of – on the cover. So five winners in 10 months sounded like a very nice proposition.

In February I read Full Dark House by Christopher Fowler (winner of the British Fantasy Award for best New Novel in 2004.)

In March I read The Spoilt Kill by Mary Kelly and Blacklands by Belinda Bauer (winners of the CWA’s Gold Dagger in 1961 and 2010.) 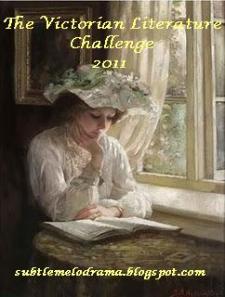 And finally, I can never resist a Victorian Challenge. This year I read: