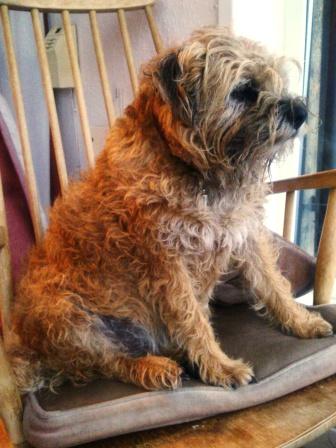 Watching the world go by from my rocking chair

We’re still here, but it has been a very funny week.

The first funny thing happened on Monday. Jane’s credit card statement came, and there was some money going out that was nothing to do with her. Somehow, somebody managed to draw a lot of foreign currency on Jane’s card. In Hounslow! Jane hasn’t been out of Cornwall, and I can vouch for her!

So she had to spend a lot of time on the telephone disputing the charge and then she had to ring another number to cancel the card and order a replacement.

And then Jane had a big job interview. It wasn’t just an interview either, there was a social event with staff, a presentation to give, and then an interview at the end.

The job was with a charity, and regular readers will know that Jane worked for a charity before and she was very happy for a long time, but then things went wrong when a nasty new boss came along.

She was in the final two but she didn’t get the job. There was more to the job than finance, which is what Jane does, and the other candidate had more experience in those other areas, they told her.

Jane says she doesn’t mind so much not getting the job, but thinking again about charity finance stirred up some unhappy memories of things earlier in the year that she had put to the back of her mind.

I cheered her up though. Dogs are good at that. We have had lots of lovely walks on the beach, because it’s been low tide at walk time this week.

I wish it was always low tide at walk time, but it isn’t. Jane says it’s something to do with the moon, apparently.

And she has done some nice, productive things that you humans like but us dogs don’t understand. Tidying bookshelves. Knitting. Selling some of her yarn stash on Ebay. Reading books.

So we are back on an even keel now, and normal service will be resumed next week.

p.s. Bugsy has a poll to vote for your favourite breed of dog, so do go along and vote. I like all sorts of dogs, but I voted border terrier!