A few weeks ago when I noticed that Blacklands, Belinda Bauer’s debut novel, won the 2010 CWA Gold Dagger, I decided that it was time I brought it home from the library. When I looked for it, it was gone, but there was a shiny new copy of her second novel on the new books stand. It came straight home! 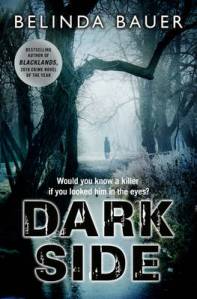 The story opens in Shipcott, a small village community set in the wilds of Exmoor. It is the middle of winter and an elderly woman, paralysed after a riding accident, has been murdered in her bed. Nobody saw, nobody heard, anything.

Jonas Holly, the young village policeman, is called to the scene. He had been ambitious for more, but when his wife was diagnosed with multiple sclerosis he realised that he had to put his ambitions to one side.

Of course the murder squad is called in, and the local man is pushed to the sidelines. But as there are more killings, as it becomes clear that the killer is targeting the elderly, the ill, the infirm, Jonas is sure that his local knowledge, his insight, could be the key to solving the case.

The plot starts slowly, giving the characters, the location and the themes space to take root, and then it twists and turns and gains pace wonderfully. There’s some very clever plotting on show.

And what makes the story sing is the people of Shipcott: their relationships, their shared history, their realisation that somebody they know, a friend, a colleague, a neighbour, could be the killer.

The relationship between Jonas and his wife, Lucy , as they both struggle to come to terms with the practical and emotional effects of her deteriorating health, is particularly well drawn. It’s real, it’s heartbreaking, and it cleverly draws out questions about the killer’s motivation, about just who he might be.

I thought I knew, but I couldn’t work out how, and then I changed my mind. More than once before the final answer came.

I’m afraid that the conclusion was a bit of a problem for me.  The atmosphere, psychology and character that had driven the story so well were pushed to the side to make room for a dramatic set piece. It was gripping, but it just didn’t quite ring true, didn’t quite fit.

Just the one wrong note in a very interesting psychological thriller. So I’ll definitely be picking up that first book when it reappears in the library.

The Crime Fiction Alphabet is hosted by Kerrie at Mysteries in Paradise.

“Each week, beginning Monday 10 January 2011, you have to write a blog post about crime fiction related to the letter of the week …”