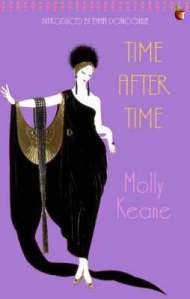 The house was once beautiful, but it has fallen upon hard times. The kitchen still offers a welcome, but the cooks and kitchen maids who brought it to life have long since departed, and even the Aga is losing the will to go on.

The kitchen is Jasper’s domain. Well actually the whole house and estate is his, but he has to share it with his three elderly sisters. One widow and two spinsters, all left a right of residence by darling Mummie, whose wishes none of her children would ever question.

He’s an aesthete and a dreamer, and he’s also bright enough to know that whoever rules the kitchen rules the house. Well they would if they didn’t have to contend with his sisters.

April, the only one to have married, is now widowed, and in her mind that places her way above her siblings. But her husband is long gone and now her life centres around her clothes, her beauty treatments, and her home comforts…

May’s life is filled with domestic arts. She is president of the Flower Arrangers’ Guild for year, she is a dab hand at making pictures from scraps of tweed, wool and sprigs of heather…

And Baby June is the practical one, managing the farm, always outside, always with something important to do…

Each of the Swifts has a cross to bear: Jasper lost an eye, April is stone deaf, May has a deformed hand, and Baby June, well Baby June is rather slow… And each of them tries to fill their lives with the important things they do, with possession, with the cats and dogs who are so cosseted in the absence of children. They live together, bickering like children because they are unhappy with their lives.

The portraits that Molly Keane paints of the Swift siblings as they move through their lives are so rich, so vivid and so wonderfully detailed.

Grotesques. Realism. Comedy. Tragedy. Only Molly Keane can balance all of those elements to such fine effect.

The pictures change when cousin Leda comes to visit. As a child she was that little bit different, and the Swifts didn’t know quite how to react. To pay court or to close ranks. And it is just the same now that Leda is a widow and has lost her sight. How like children they all are.

Leda says things, does things, crosses lines that the Swifts never would. And of course there are consequences. When finally she leaves they realise that life will never be the same again.

Now that I have left too I miss the whole household. As is so often the case with Molly Keane’s creations, I really wouldn’t want to meet them but they are quite wonderful to observe.