Well, crime fiction actually! From Germany to France, via the Netherlands …

The Sinner by Petra Hammesfahr was a bestseller and a critical success in Germany. Now that I have read it, courtesy of the Bitter Lemon Press, I can understand why. 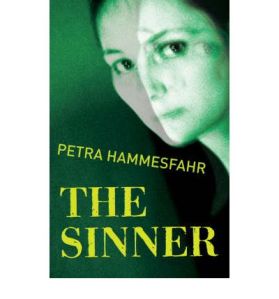 On a sunny Sunday afternoon in the park a woman, Cora Bender, stabs a man in front of her family and his friends. The wound is fatal.

Cora is taken into custody. She acknowledges her guilt but will say nothing more. It could have all ended there, but it doesn’t. Because Police Commissioner Rudolf Grovian isn’t satisfied and isn’t prepared to close the case until he understands why.

The book was compelling up to this point, but from here it climbs to another level.

Cora begins to talk. But Grovian finds lies and deception. He persists, looking behind the lies, asking more and more questions. Slowly the real and terrible truth about Cora’s past emerges.

The Sinner is brilliantly constructed. Cora keeps changing her story and my perception of her kept changing. She was a mess, but I came to understand why. Because her story told with both compassion and clearsightedness. And because it was psychologically true. I didn’t want to believe it, but I had to.

The final truth that grew naturally out of what had come before and yet it was utterly shocking.

This is a story that I suspect will haunt me for some time.

Rendezvous by Esther Verhoef is a very different book.

A seemingly ordinary woman, a wife and mother has been charged with murder. Why? 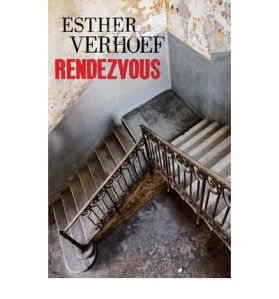 Simone and her husband Eric were living their dream. They had moved, with their two young children,  from urban Amsterdam to a quiet village in the South of France.

They bought a tumbledown country estate and had wonderful plans to create an idyllic home  and guesthouse. And to live a simpler, slower, happier life.

But things went wrong. Eric was called back to Amsterdam, and Simone found herself alone and bored. The dream seemed a long way off. And she fell into an affair with Michel, a charming and attractive young builder.

The story was simple, compelling and utterly believable. I recognised Simone, and although I thought she was wrong, although I willed her not to, I understood why she behaved as she did.

Peter, Michel’s employer and a man with interests beyond building, was watching  and he decided that he could exploit the situation.

It was a great set up, but I’m afraid things went a little astray at this point. There was rather too much going on, and although the story twisted and turned nicely, although it never lost my attention, I missed the simplicity and clarity of the earlier chapters.

The conclusion was dramatic, and tied things up nicely.

Job done! Just maybe not as well as it could have been.

I’d probably pick up another book by Esther Verhoef, and I’m definitely looking out for another by Petra Hammesfahr.